The Brock Badgers will look to capture their fifth consecutive golden sweep when the 2018 U SPORTS Wrestling Championships begin this week.

Brock, who has set the bar for Canadian wrestling programs in both men’s and women’s competition, have coach Marty Calder to thank for their program success since he helped the Badgers win their first national championship as an athlete. Both teams are ranked first in the nation heading into the national championship, with the men seeking their seventh straight banner and 20th overall while the women are looking for their seventh consecutive and eighth overall title.

The 2018 U SPORTS Wrestling Championships – the 50th anniversary of the men’s event and 20th for the women – run Feb 23-24 at the George Leach Centre at Algoma University, when the Thunderbirds host their first-ever national championship in a any sport in program history.

A championship schedule and conference by conference previews are available below.

For the men, the Alberta Golden Bears captured their 11th Canada West conference championship and fifth in the past six years. Alberta earned five individual gold medals to help capture the conference title, with wins from Jordan Wong (54 kg), Melvin Arciaga (57 kg), Aidan McKeage (76 kg), Nicholas Goleniec (82 kg), and Clayton Brinker (90 kg). The Golden Bears will look to improve on last year’s third place finish at the national championship. Calgary’s Callum McNeice was dominant in the 72 kg division, which rewarded him with U SPORTS Athlete of the Week honours on top of a ticket to the national championship. 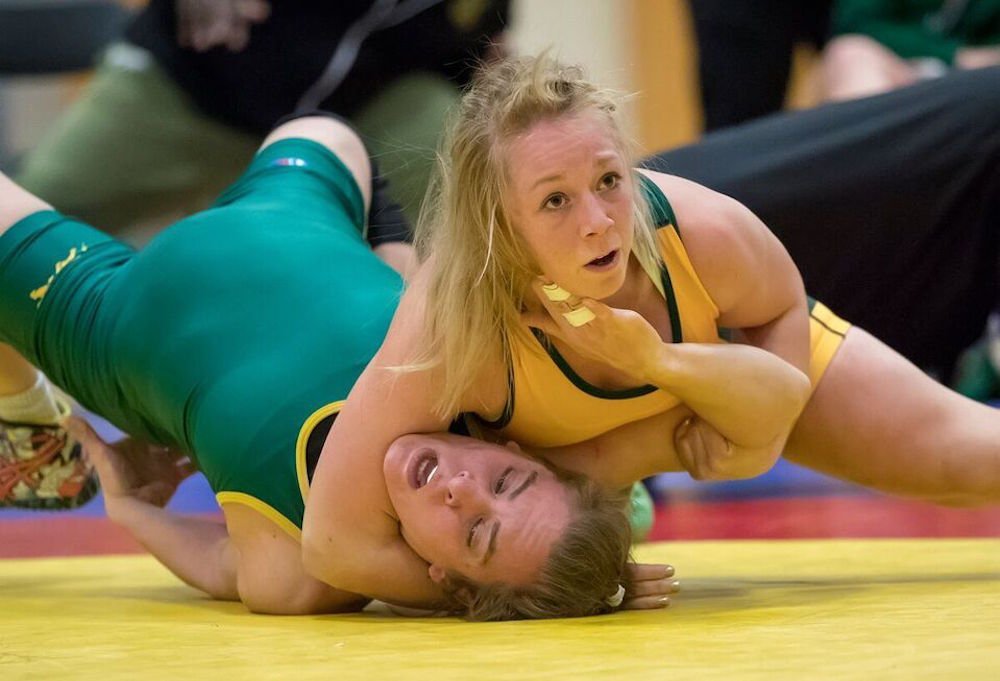 On the women’s side, the Alberta Pandas captured their fourth Canada West wrestling banner, edging out the Saskatchewan Huskies by just five points in a comeback win. After falling behind the Huskies after the first day of competition, the Golden Pandas had a strong showing on day two with gold medals from Krystin Paquette (59 kg) and Brandy Perry (72 kg). The Pandas finished fourth last year with the Huskies finishing as the top Canada West team in third place.

The Brock men’s and women’s wrestling programs had the most dominant overall OUA conference championship in history, with Badgers taking the gold in 16 of 19 total events.

For the women’s competition, Brock wrestlers won seven of eight events – including Samantha Romano (48kg), Kristina McLaren (51kg), Emily Schaefer (55kg), Hannah Taylor (59kg), Jessica Brouillette (63kg), Indira Moores (67kg) and Skylar Grote (72kg) all took home gold. Guelph’s Gracelynn Doogan (82kg) was the only non-Badger to come in first. The Badgers have held onto the No.1 ranking in the U SPORTS Top 10 all season long and will be disappointed with anything other than winning the national championship.

On the men’s side, the Badgers were nearly as dominant as the women were, winning nine of 11 events, with the other two gold medals going to McMaster’s Vidran Thanarajah (54kg) and Guelph’s Job Reinhart (100kg). Reinhart’s performance earned him the 2018 OUA Outstanding Wrestler Award. At last year’s championship Brock finished with 77 points, more than double the second place finisher (McMaster).